In this episode, Jim learns about "Officer Presence". He and Pete respond to a robbery call, help an old man, investigate a prowler call, and capture armed suspects.

As our story starts, the officers are at roll call.


When they are in the car, Jim reveals that he doesn't think he knows how to use Officer Presence. He was too afraid of looking "stupid" to ask about it at roll call.


Before Jim can ask anymore questions, they decide to back up 1-Adam-18 at a 211 (robbery) in progress at 11890 Santa Monica Boulevard.


As Malloy and Johnson are pulling the injured attendant out of the Women's Room, another attendant comes running up to them. He tells the officers that he called the cops per the gas station's strict policy. He describes the suspect and tells them that the suspect made his getaway on foot.
Reed and Malloy take off in the same direction as the suspect.


Reed wants to search the area for the red convertible and the suspect. Malloy tells him to forget it, the car was probably stolen and he's probably ditched it by now.


Well, they have to write it off because they receive a call to see the woman at 1741 North Argent Street about a found adult.
Mrs. Devers tells Malloy and Reed that there is a man at the Guest Home who does not belong there. She thinks he accidentally joined Hogan's "guests" while they were were having their "outdoor enjoyment period". Nobody knows his name or where he is from and the man isn't much help because he is tired and disoriented.
Pete and Jim will talk with the man to try and find out more about him.

Mr. Saulsbury is in California visiting his daughter, Martha. He can't remember her last name or address and he doesn't have any identification on him. Reed then leaves to make a call and check if there is a missing persons report on Mr. Saulsbury. While Reed is gone, Mr. Saulsbury tells Malloy how his daughter took him to a department store today. She told him to wait in the car.
Reed returns to verify that there is a missing persons report on Mr. Saulsbury. It was filed by his daughter in Santa Monica, about 5 miles away! Instead of waiting in his daughter's car, Mr. Saulsbury took it for a drive.
OK, hold on a minute. Who gave this episode the title, "The Long Walk"? Mr. Saulsbury drove from Santa Monica to Los Angeles. He planned on driving back to Deadwood, not walking. There are no long walks. Did the person giving out these titles even watch the episodes? It's obvious that the person writing the summary for Netflix did not watch this episode. The Netflix description reads, "Then they encounter and old man who's just trying to walk home--to Deadwood, South Dakota". Where is the quality control?!?


Reed doesn't think the raccoon will make a very good bust, even though it's clearly trespassing.

After that exciting caper, the boys decide to request code 7. They are denied and dispatched on a 459 silent (burglar alarm silent) call at 9000 Cordova.
Reed finds an open door and signals Malloy with his flashlight. Malloy then calls for backup.

Pete finds the switch. When the lights come on, the suspects fire again. 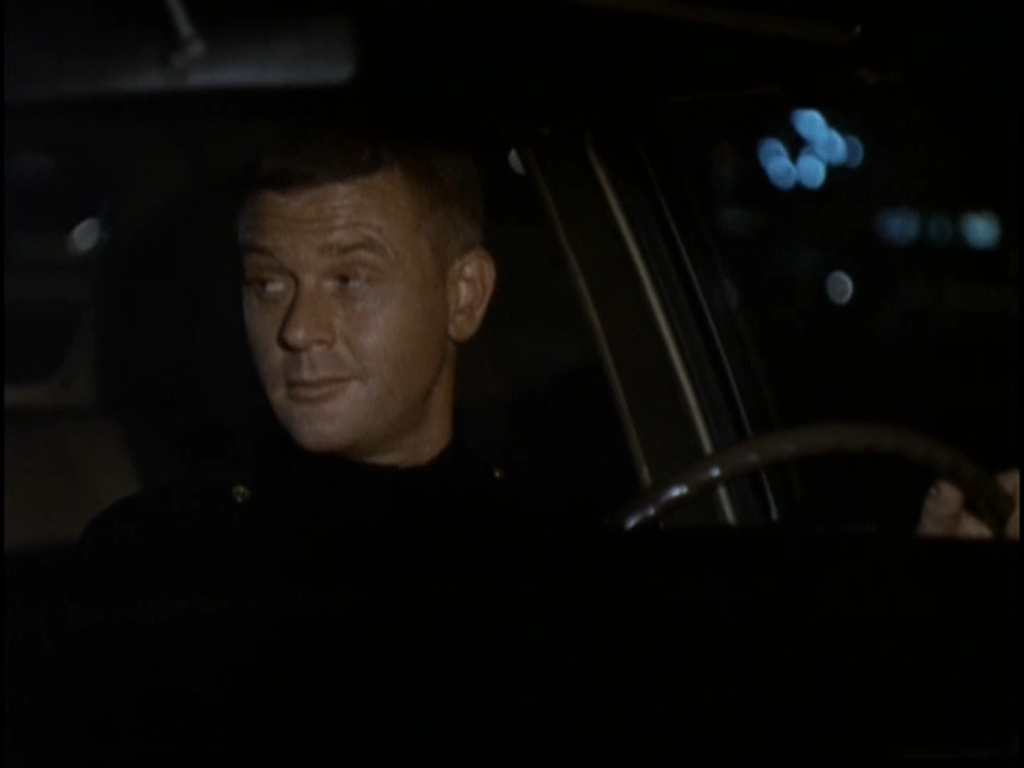 I am not a fan of this episode. The dialogue between Jim and Pete about Officer Presence feels forced and unnatural, as if it is straight out of a training video. There are exactly 2 things I like about this episode:
1. The actor playing the 91-year-old Mr. Saulsbury gives an accurate performance of a confused, elderly gentleman.
2. I find it hilarious when Reed misidentifies the raccoon as a possum.
I give this episode a rating of: 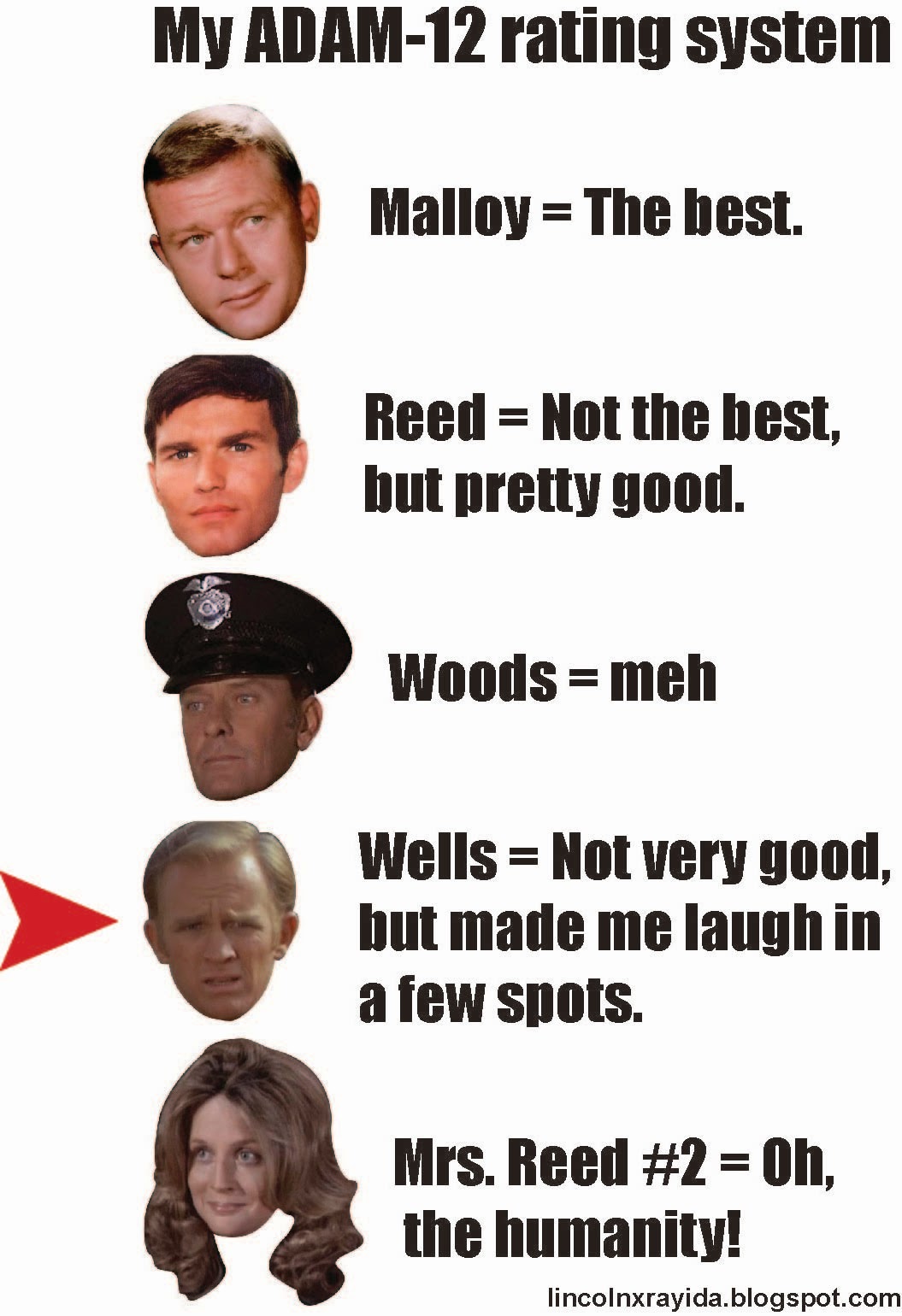